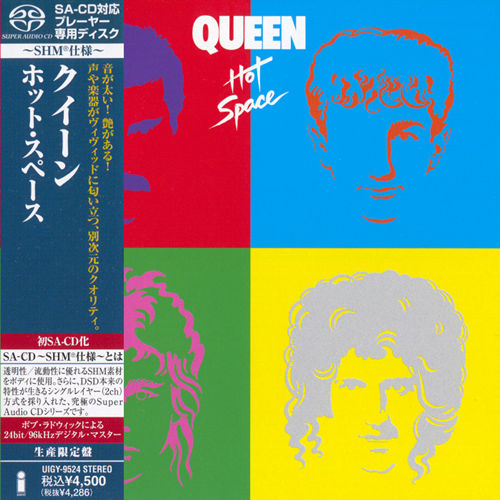 Anybody who was a little dismayed by the pop inclinations of The Game would have been totally distressed by Queen’s 1982 follow-up, Hot Space, an unabashed pop and dance album. The band that once proudly proclaimed not to use synthesizers on their albums has suddenly, dramatically reversed course, devoting the entire first side of the album to robotic, new wave dance-pop, all driven by drum machines and colored by keyboards, with Brian May’s guitar coming in as flavor only on occasion. The second side is better, as it finds the group rocking, but there are still electronic drums. But the Beatlesque “Life Is Real (Song for Lennon)” is a sweet, if a bit too literal, tribute and with “Calling All Girls” Queen finally gets synth-driven new wave rock right, resulting in a sharp piece of pop. But the album’s undeniable saving grace is the concluding “Under Pressure,” an utterly majestic, otherworldly duet with David Bowie that recaptures the effortless grace of Queen’s mid-’70s peak, but is underscored with a truly affecting melancholy heart that gives it a genuine human warmth unheard in much of their music. Frankly, “Under Pressure” is the only reason most listeners remember this album, which is as much a testament to the song’s strength as it is to the rather desultory nature of the rest of Hot Space.