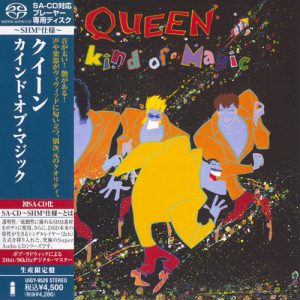 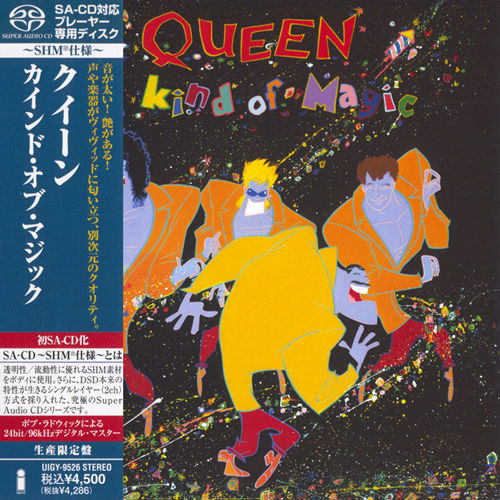 By the release of 1986’s A Kind of Magic, Queen’s stature as a prominent rock band in the U.S. had slipped considerably, while in all other parts of the world (especially Europe), they remained superstar hitmakers. A Kind of Magic was their biggest album yet in England, where it reached number one, remained on the charts for 63 weeks, and spawned several hit singles – the epic title track, the tuneful pop/rocker “Friends Will Be Friends,” and one of their most haunting ballads, “Who Wants to Live Forever” (also included was the Live Aid-inspired hit anthem “One Vision,” which was originally released as a single in 1985). Most of the songs were written for the movie Highlander – “Gimme the Prize (Kurgan’s Theme),” “Princes of the Universe,” the aforementioned “Who Wants to Live Forever,” etc. – but instead of issuing just a movie soundtrack, the band added a few non-movie tracks and made an official Queen release out of it. It may not have been as cohesive as some of their other albums, but A Kind of Magic was their best work in some time. Queen would embark on a sold-out tour of outdoor stadiums in Europe upon the album’s release, which would sadly turn out to be their final tour.