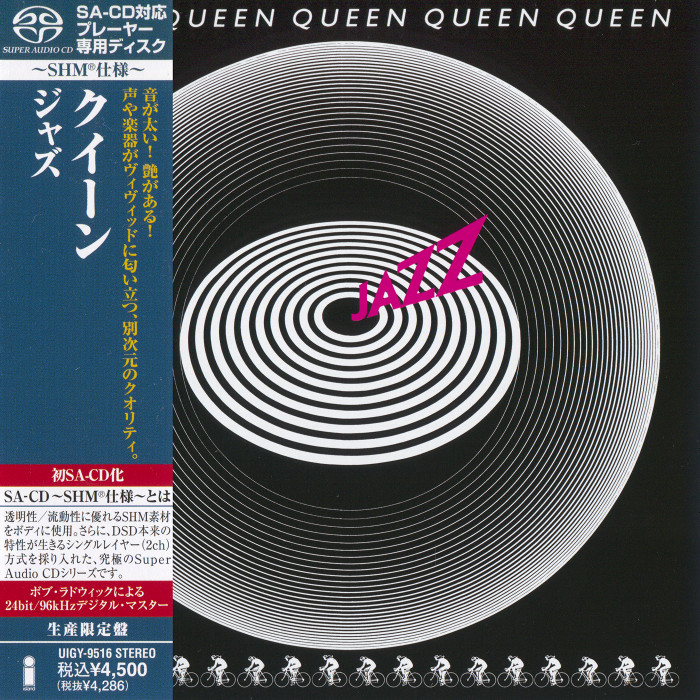 Famously tagged as “fascist” in a Rolling Stone review printed at the time of its 1978 release, Jazz does indeed showcase a band that does thrive upon its power, thrilling upon the hold that it has on its audience. That confidence, that self-intoxication, was hinted at on News of the World but it takes full flower here, and that assurance acts as a cohesive device, turning this into one of Queen’s sleekest albums. Like its patchwork predecessor, Jazz also dabbles in a bunch of different sounds – that’s a perennial problem with Queen, where the four songwriters were often pulling in different directions – but it sounds bigger, heavier than News, thanks to the mountains of guitars Brian May has layered all over this record. If May has indulged himself, Freddie Mercury runs riot all over this album, infusing it with an absurdity that’s hard to resist. This goofiness is apparent from the galloping overture “Mustapha,” and things only get a lot sillier from that point out, as the group sings the praises of “Fat Bottomed Girls” and “Bicycle Races,” as May and Mercury have an unspoken competition on who can overdub the most onto a particular track while Roger Taylor steers them toward their first disco song in the gloriously dumb “Fun It.” But since over-the-top campiness has always been an attribute in Queen, this kind of grand-scale exaggeration gives Jazz a sense of ridiculousness that makes it more fun than many of their other albums.